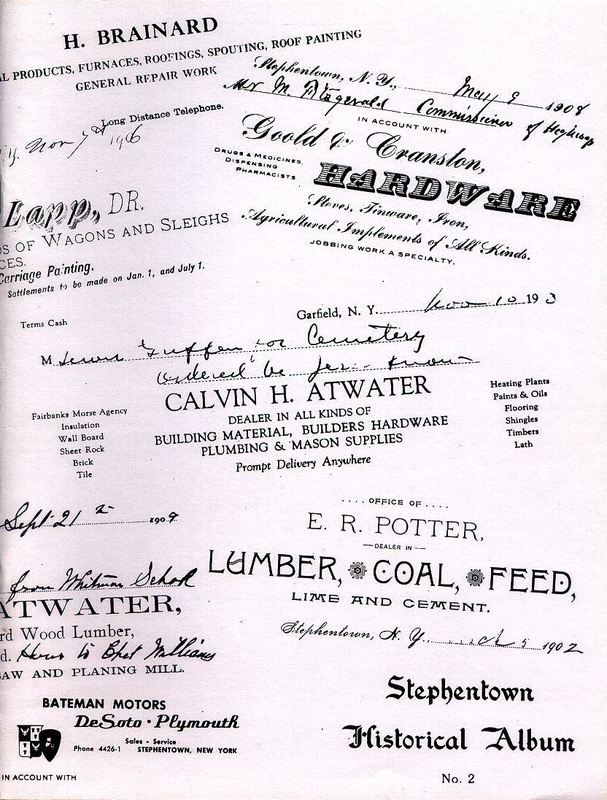 ​The second Album presents a pictorial representation of Stephentown between 1898 and 1979.  It opens with three short essays and a poem by various authors.  Following them are pictures and a few maps, some with anecdotal captions.  Picture subjects include the same eclectic mix as in Album No. 1, plus more flood pictures, more ancestors, and a train wreck.
This Album is in it's second printing (1995), the cover color has changed from tan to gray.
​Title: Stephentown Historical Album No. 2
Book size: 8.5" x 11", 52 pages
Published:1979 (2nd Printing, 1995)